Prompts for the Promptless

Counterintutition is a seemingly simple concept– it represents a truth that is contrary to common sense or the expectations of intuition.

Some examples of counterintuitive situations: You burn calories when you’re sleeping, flailing around is exactly the wrong thing to do when drowning, and beautifully speckled dart frogs can be poisonous to the touch.

Brief post today, as I am heading off for the morning ferry to town.

Croy Brae, also known as Electric Brae. An example of a “gravity hill” where things appear to roll upwards. This information stone is at the side of the road. 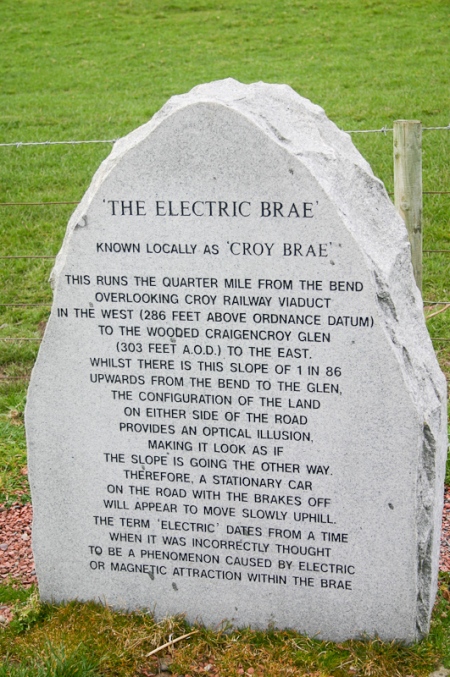 Actually more  of a visual illusion, but still pretty counter-intuitive when you try it out, I’d say. At the very least… a source of confusion

Plus, I am in a hurry and it was the first thing that leaped to mind.

Dally a while... Cancel reply